If I could pick one thing about international law that keeps coming up in cop- and lawyer tv-shows, it’s this: Diplomats and embassies. Why? Because people get frustrated by what you cannot do to them: detain or enter them (respectively…..). The legal terms of art are ’immunity’ and ‘inviolability’. But what do they mean exactly, and can diplomats really get away with murder? Do domestic laws apply to them at all?

Territory, embassies and the law

From the movie ’Argo’ to many episodes of ’Law and Order’, there is a common misunderstanding about the nature of embassies. There exists a common notion that, for instance, the (premises of the) embassy of the Netherlands in the United States is territory of the Netherlands. it is not. But this misconception is understandable. In my example, the embassy premises are still US territory, but the devil lies in the details. Although US laws apply on Dutch embassy grounds, American law-enforcement officers are not allowed to enforce them on these grounds. Embassy grounds are what is called ’inviolable’. US officers are only allowed to come in with the permission of, in this case, the Netherlands.

I have frequently used another example, namely that of Operation ’Nifty Package’ to illustrate inviolability of embassies. After the 1989 US invasion of Panama, President Noriega fled into the Vatican embassy. The US Army resorted to psychological warfare to force Noriega to surrender himself, knowing that it could not enter the embassy to get him. Army soldiers blasted the embassy with insanely loud music for days. Eventually, the Vatican Ambassador persuaded, coaxed Noriega to leave the embassy and surrender to the Americans. So the inviolability of the embassy was upheld and respected even in times of armed conflict. States acknowledge the importance of respecting that inviolability for the stability and smooth functioning of international relations. And respect includes the obligation of the host-state to protect the premises of embassies.

You can’t touch Them!

Similarly, diplomats are subject to the laws of the state in which they represent their country. However, as the mentioned cop- and lawyer shows reflect, diplomats may not be arrested for violating these laws. He has diplomatic immunity. If he is arrested nonetheless, the police is forced to release him as soon as possible. For many a very unsatisfactory state of affairs, which explains the frequent appearance of this dilemma on television. So yes, a diplomat may commit murder under the law, but he will get away with it, at least initially. The only way a diplomat may face trial in that case, is if his own state waives immunity, or when that state prosecutes the diplomat itself. How frustrating it must be for a local police offer or prosecutor to have overwhelming evidence that someone has committed a crime, only to have to stand idly by?

The beginning of an episode of ‘The Good Wife’ (season 3, episode 6) nicely illustrates the law on diplomatic immunity. Two suspects of a murder were arrested at the same time. One was the son of a Dutch diplomat, the other of a Taiwanese diplomat. On site, the representative of the Netherlands argues that the Dutch national has to be released. Erroneously, the prosecutor claims that he is immune from prosecution and not from investigation. But if investigation means detention, that would be illegal. During the forensic examination in the hospital, the judge orders the son of the Dutch diplomat to be released. Because Taiwan is not recognized as as state, the son of the Taiwanese diplomat does not have equal status and therefore no immunity. The judge allowed his detention to continue. The defense attorney (main character Alicia Florrick) protests and calls it unfair upon which the judge responds: ’When have you ever heard international relations to be fair?’.

So let it be clear. States may not interfere with diplomats and embassies.That may result in injustice, but often these things have a way of working themselves out. Because states can waive or lift the immunity so that he or she can be held accountable in the host-state. Most often the diplomat will be recalled back to the sending state, where he or she may face prosecution. The international law on diplomatic relations ensures smooth and tranquil international relations. As well as great television. 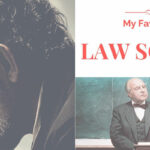 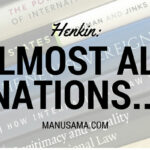