After a ridiculous seven years, the Chilcot inquiry about the UK’s decision to invade Iraq in 2003 with the US finally produced a very lengthy report. It must have taken about a year just to edit. And upon release, a s@#t storm erupted, despite the unsurprising conclusions in the report. But there is a larger point to be made about the Chilcot report.

The Chilcot commission came to the unremarkable conclusion that in the run up to the Iraq war not all peaceful options had been exhausted. To say the least, the British government had not been entirely truthful or transparant about the facts and motives for unleashing a war of choice. But didn’t we already know that, even before and during the war? But the Chilcot report produced a firestorm nonetheless, and invigorated those who have been calling for the head of Tony Blair. I find many responses rather hysterical as if something new has been revealed. Of course, the thousands of people who were killed during the Iraq debacle, and their next of kin have the right to be angry still. However, the report seems to be more quite the in-depth chronicle of what happened with some unsurprising conclusions. What is remarkable, is the level of detail of the report and the extent of the failures during the decision-making process. Yet, I am more eager see what lessons the political class will draw.

Just like in the UK, there have been scathing inquiries in the US into the intelligence on which the decision to invade had been made. Even in the Netherlands, which only gave political support to the war, a commission was formed to investigate the decision-making process regarding that support. Moreover, the Iraq War was already a matter of political accountability before it even began. The same voices and accusations that were heard on the streets of major European cities in 2002 and 2003 could now voice their accusations again. In all likelihood, there will be be no legal consequences for people like Blair. But the political consequences of the decision-making surrounding the Iraq War have been felt since 2003. Most Western states now hink twice about such military adventures and how they would present them to the public. Not just because of the disaster that was the US occupation of Iraq, but also of the manner in and the factual basis on which the decision was reached. Governments now know that they are under more scrutiny and should take public resistance more into account. Political and public accountability has arrived (finally?).

It is a shame that the Chilcot report did not make a full determination on the legality of the Iraq War. But then again, conventional wisdom is that it was blatantly illegal, no discussion possible. I always found it to be a bit more complex than that. The very fact that it is complex bears witness to the weaknesses of the system. Whenever I pointed out that fact after debating language in UN resolutions, I noticed increasing resistance and diminishing discussion. So I will not dwell on anything, and just ’accept’ the simplistic conventional wisdom. If you want my take, let me know, or read this one. Although I haven’t read the chapter on the legal decision-making yet, I can recommend it already. Back in the day when the hearings were in full swing, I wrote something in the Netherlands Yearbook of International Law about the legal stuff, based on the hearings and testimonies. So I am looking forward to reading the chapter.

Do you think there is now increased accountability for military actions, even before they are decided on? Let me know in the comments below, or through Facebook or Twitter. Make sure to follow me on these channels! Or Instagram for that matter. 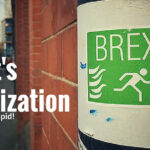 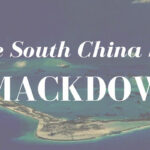