By Kenneth Manusama
Posted July 12, 2016
In Current Events
The South China Sea Smackdown2016-07-122017-08-30https://manusama.com/wp-content/uploads/2016/04/Logo-kenneth-sticky-wit.pngKenneth M. Manusamahttps://manusama.com/wp-content/uploads/2016/07/The-South-China-Sea-w800-h600.jpg200px200px
2
It was a much anticipated decision to come out of The Hague: the decision (or ’award) by an arbitration tribunal about a dispute between the Philippines and China regarding the South China Sea. In a lengthy award, the tribunal basically decided in favor of the Philippines, sweeping away most of China’s claims and then some. In this article, I will briefly – very briefly – highlight and explain what the tribunal has said, without pretending to give a complete picture.

The disputes about islands and maritime zones in the South China Sea have been causing rising tensions for a number of years now. In 2013, the Philippines instituted legal proceedings under the United Nations Convention on the Law of the Sea, or UNCLOS. States that are party to that treaty have agreed to a complex but compulsory system of dispute settlement. The system is complex because states can choose which methods of settlement they accept and – up to a limit – exclude certain kinds of disputes. China had made a declaration to that effect, so the Philippines  had to work around China’s list of exclusions from dispute settlement. But China opted not to participate in the proceedings at all. China claimed that the tribunal did not have jurisdiction because this was not about maritime issues, but rather about sovereignty over certain ’features’ (islands, rocks) in the area. However, the Philippines carefully crafted its submissions to the arbitration tribunal in an attempt to circumvent that issue. In the end, the tribunal decided that it had jurisdiction over some of the submissions, while postponing other jurisdictional issues to the next phase of the proceedings.

The Nine-dash line is thrown out

Perhaps the most eye-catching decision by the tribunal is the dismissal of so-called Nine-dash line. China always claimed ’historic rights’ to waters that were not connected so to speak to any land claim. While there is leeway in UNCLOS to claim historic title to a body of water, such claims must assert sovereignty over such waters. The Tribunal used China’s own arguments and policies regarding such waters, in the sense that China had always argued that it didn’t claim sovereignty over these unconnected waters. So first, the tribunal argued, China’s claims do not fall under UNCLOS, not under China’s list of exclusions, and the tribunal has therefore jurisdiction. And second, UNCLOS superseded any such claims when China became party to UNCLOS. Any claims based on the Nine-dashline that extended beyond any claim based on a land feature are contrary to UNCLOS and without lawful effect. Boom.

Is it an island, a rock or low-tide elevation?

The tribunal put China’s feet and the remainder of its claims firmly back on UNCLOS ground by dismissing the Nine-dash line. The ’only’ issues left were the different land features in the disputed area of the South China Sea, and thereby shrinking that area. And the Philippines had not asked the sovereignty question, but rather asked the tribunal the status of some of these features in the South China Sea. Why? Under UNCLOS, such features must be qualified as being islands, rocks or low-tide elevations (submerged rocks at high-tide). Each legal qualification brings certain legal consequences with it. A low-tide elevation cannot be ’appropriated’- taken as a sovereign territory; and rocks cannot have certain maritime zones around. Like an exclusive economic zone (EEZ) or continental shelf, in which the coastal state has certain exclusive rights. So this is important not just in terms of control over an area, but also in terms of the exclusive right to exploit the natural resources in these two maritime zones.

For example, the tribunal found that two such features such as the Mischief Reef and Second Thomas Shoal are low-tide elevations. Consequently, these cannot be appropriated by China and do not entitle either China or the Philippines to any maritime zone surrounding them. But given the geographical location, these rocks do fall within the Philippines’ EEZ. Under UNCLOS, the Philippines have exclusive rights in that zone. That is why some Chinese activities on and around these rocks were illegal under UNCLOS according to the Tribunal. Chinese vessels had prevented Philippine fishermen from fishing in the Philippines EEZ; China had constructed artificial islands and installations on a number of reefs, also in violation of the exclusive rights of the Philippines in its EEZ. China’s assertive actions are at least on paper curtailed by international law.

Another sweeping pronouncement by the Tribunal concerns the environmental impact of China’s activities in the area. And the Tribunal doesn’t mince words. It found that China has caused severe and irreparable harm to several reef ecosystems in the South China Sea, and continues to do so. The  Philippines had asked the tribunal to declare that China had forsaken its duty to protect and preserve the marine environment as UNCLOS demands. China didn’t get the memo apparently.

The cynic will say that China will not abide by the ruling, because it is, well, China. But let’s humor the law for a bit. What are the legal consequences of the Tribunal’s decisions? China’s Nine-dash line is legally discredited, but in practical terms only time will tell what happens to this claim. It must allow Philippine fishermen to fish in the Philippine EEZ. It must vacate and possibly dismantle all the artificial islands in the Philippine’s EEZ. With respect to the Spratley Islands, an interesting picture emerges. The Tribunal decided that the high-tide features of the Spratley Islands area cannot sustain ‘human habitation or economic life of their own’. They are not islands, but rocks and can only have a territorial sea of 12 nautical miles. The sovereignty issue is not resolved. The Scarborough Shoal is not within the Philippines’ EEZ, so Chinese occupation and building of installations could continue. However, according to the Tribunal, China must allow Philippine fishermen to fish there based on traditional rights under customary international law.

But the proof of the pudding is in the eating. China has made its position on the tribunal and the award clear, even before the award was given. And to put it mildly, no one expects China to put an evacuation plan in effect just yet for the South China Sea. My guess is that it will encourage states in the region to adopt a firmer stance towards China. The danger is, however, that it pits them also against each other. Or is this perhaps an opening for these states to start settling their rival claims via legal means, in order to pressure China even more? And what will the US do? The question is whether cooler heads prevail so that new diplomatic efforts can take hold based on today’s monumental decision by five lawyers in The Hague.
What are your expectations after today’s events? Let me know in the comments below, or through Facebook or Twitter.
Showing 2 comments
pingbacks / trackbacks 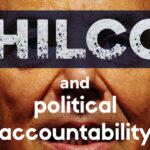 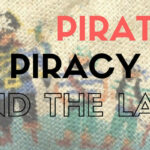 Piracy, pirates and the LawCurrent Events