This is going to be a short book review I think. First, I’m on vacation. Second, this book – ‘JFK’s Forgotten Crisis: Tibet, the CIA and the Sino-Indian War’ – by Bruce Reidel, tries to do many things and not succeeding in most. But hey, I am a JFK nut, so I had to buy and read it. Was that a mistake? Not really, but it’s close.

It was the forgotten crisis that convinced me into buying this book when I stumbled on it. As Reidel shows, the 1962 Sino-Indian war was indeed a crisis that I had not forgotten, but didn’t even know occurred. It was overshadowed by the almost simultaneous Cuban Missile crisis. My initial shame of not knowing about it as a JFK nut quickly went away. So the premise of the book, the handling of this crisis by the Kennedy Administration, was intriguing to me. Communist China under Mao Zedong versus fledgling India under Nehru entangled in a border dispute, with Tibet in the middle and Pakistan poised to take advantage. This ought to be good I thought. Reidel probably rightfully presents this conflict as a potentially large war in which the US would become involved. However, I found his presentation lacking. But the main problem is perhaps that the Kennedy Administration, or JFK himself, was not deeply involved in setting or coordinating policy in the developing crisis. As Reidel tells it, Kenneth Galbraith was the point man on US policy in the conflict.

With his considerable length, he must have been a towering figure over many of his Indian colleagues. John Kenneth Galbraith, a Harvard professor in economics, was a close adviser to JFK on many policy issues, foreign and domestic. Galbraith is rumored to have said that his close ties to JFK got him his wish, namely being named ambassador to India. And because the Kennedy Administration was occupied on all government levels with the existential threat of Soviet missiles on Cuba, Galbraith eagerly stepped in the driver seat. He complained about and railroaded the eternally slow and obstinate US State Department and took direct instructions from JFK and advised him directly. We actually read very little about what the decision-making process was in the Kennedy White House. Instead, we delve into the personal diaries of Galbraith, and some of his disagreements with the State Department.

Another fundamental problem of the book is its organization, starting with the titles of the Chapters, some of which have little to do with their substance. Perhaps because I didn’t read it in one sitting, but the book feels like it is going all over the place. Reidel experiments with some anecdotes about key figures, but some of them seem out of place or irrelevant. I found it hard to follow in terms of chronology and was surprised at the fact that Jackie Kennedy’s trip to India in 1962 was given the headline for a chapter. Only in the fourth chapter does Reidel come into his own as he describes the actual conduct of the war. The initial chapter about Eisenhower as a prologue to Kennedy seems too long. It disrupts the balance of the book. Reidel touches upon all the relevant topics and issues that would be interesting and useful, but the strength of the premise gets lost. I may be too harsh a critic, but more editing may have benefited the book. However, a couple of rounds of editing could not have helped the flaw another assumption for this book: the extent of the involvement by JFK or his administration in this forgotten crisis.

Throughout the book, Reidel attempts to fill the gaps by describing and commenting on other policies of the Kennedy Administration. These parts read like extracts and summaries from more general JFK books. I am assuming that he tries to add context in addition to filling gaps. But without making clear connections, the reader only gets more confused. This is also reflected in the sweeping conclusions that Reidel offers in his final chapter. The relevant paragraph here is entitled ’Lessons learned about presidents and their relationship to the intelligence community’. But many conclusions about JFK or conclusions for current presidents and administration are not supported by the book itself. They come as a surprise. It feels like he is jumping to conclusions that were based on his own thirty-year career at the CIA, rather than the research for this book.

Wow, that was a bit harsh and long. Let me know if I crossed the line in the comments below, or through Facebook or Twitter. 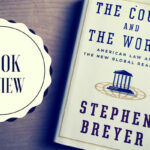 Book Review: The Court and the World’Uncategorized 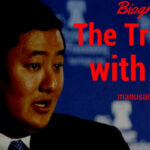 Biography: The Trouble with YooUncategorized