This was a tough one. Shadi Hamid’s book ’Islamic Exceptionalism‘ is about one of the most pressing issues of the day  It cannot really be reviewed in a few hundred or even a thousand words. And I have struggled to finish it, wrap my head around it and write something. This rich and challenging book has my head spinning. In both a good and bad way. it has made me doubt some previously held layman intuitions and inclinations about Islam and the root causes of conflict in the Middle East. But a lot of questions and some disagreements remain. And the book is structurally challenged sometimes, and confused as to its purpose or focus. That could also just be me…

Yet, let me put in a disclaimer at the outset: I am not religious. I haven’t read any of the holy books from cover to cover, but I am fascinated by religion nonetheless. And under the present circumstances, what more pressing issue is there, than the role of Islam in the many interrelated issues facing the world? However, I do feel that trying to understand Islam and religion is like cracking the not unrelated code for successful and sustainable nationbuilding (an obsession in waiting). But onto Islam.

Like many, and as Hamid notes, I always made or looked for the analogy with the development of Christianity. I could never buy the argument that Islam is inherently violent. Any religion, in my view can be violent, depending on the circumstances and stage in historical development. Even Buddhism can get violent. In addition, there will be competing interpretations of the Holy book and the way to live a proper life within any religious community. The role of religion in society is a product of a society’s particular circumstances, history, and culture. That sounds pretty relativist, but I am also guilty of what Hamid calls ’liberal determinism’: the notion that, eventually, religion will become a secondary force in society. Religion will become internal to the individual, or leave the individual all together. Secularism as an organizing principle will prevail, as will liberal values, such as equality and respect for others. But reality bites. Islam and the Middle East seem to be in a downward spiral that my liberal determinist self cannot explain. Hence, the purchase of this book.

In hindsight, the subtitle of this book is a bit misleading: ’How the struggle over Islam is reshaping the world’. In hindsight, it should have been called ’How the struggle BY Islam is reshaping the world’. Because while I was looking for insights into Islam itself, this book is about Islam as a political project, and why that project is struggling. But the first 100 pages (literally) feel like the author is hedging on what his book is about. I was looking for insights into what Islam is, but I only got told what Islam is not. These first three chapters touch upon the aspects of my own view (and refute them), and give me hints as to the nature of Islam. So, why not refute in a longer and better analysis why there will be no Islamic Reformation? Or that Islam has not and will not follow the historical trajectory of Christianity? Because that is the Western frame of reference. And why not explain more on the welcoming of death by Islamists, and if I understand Hamid correctly, all Muslims? Hamid himself is astounded by that fact. Only towards the end does a fuller articulation of his thesis emerge, after some  case studies.

Islam as a political project – Part 1

When I take into account the entire book, I could get some impressions that may be worrying for some Westerners and/or other liberal determinists. One possible affirming impression you could get is that domination of society by Islam is, according to muslims, the natural order of things. And that it is imperial, expansionist in nature. Hamid confines himself to the political struggles in the Middle East, so he doesn’t really address this ’fear’ of many on a grander scale. But the book is more nuanced on the subject. Islam used to be a source of unity in Arab culture, that originated prior to and transcending the nation-state and the Westphalian system. Most importantly, that source unity and cultural identity has been lost. And that is why it has become a political project. Islam seems to be given in the Middle East, as a an organizing and cultural principle. Islam was always dominant in society, with government taking a back seat. In that sense, conservatives have something in common with muslims.

Islam as a political project – Part 2

So, the main issue in this book is how Islam relates to politics, and in particular democracy. But the context, which could have been dealt with more in-depth, is that the central role of Islam in society has been lost and needs to be regained. The  nation-state, European, Christian and scientific advances, most aggressively expressed in colonialism overtook the Arab and muslim world. These developments took away the biggest pillar of that world’s identity, namely religion. And the autocratic, dictatorial regimes that followed that domination did nothing to rebuild that pillar. On the contrary. At one point or another, Islam has been repressed, artificially expelled from society. Whereas Islam, and Islam culture was once the bastion of civilization, including science, it has undergone centuries of being denied any significant place in Arab society. Within Islamists, the reasoning goes as follows: Arab culture was at its height when Islam occupied that central role in society. Islam is now weak, as are Arab culture and political stature. Therefore, Islam must become strong again, and prosperity and progress will return to muslim society.

So, the Islamic political project seems to be, at the very least of regaining freedom (and respect) of religion within existing state structures. At the most – and this is a relatively reassuring conclusion – Islamists are engaged in a quest to reestablish how to make Islam central to society again. However, Islam’s historical unfamiliarity and inexperience with the existing nation-state structure, democratic processes and pluralism makes this project a difficult one. And in a society where one’s own cultural and religious identity have been forcefully suppressed, there will be little tolerance for the identity of others once the oppression is lifted. The narrative that is now crafted, is that Islam is incompatible with democracy. But as this book shows, the story is much more nuanced. As it always and inevitably is.

The question that I kept writing in the margins of the book was ’why?’ No surprise there. Hamid almost dismisses any possible analogy with Christianity, although there are hints in his own book that would validate such an analogy. For instance, an analogy between the idea of a caliphate and the earlier goal of a Christian empire and the phenomenon of the Papal State. What is the relationship between culture and religion, something only to be read between the lines in this book? What has been the influence on Islamists of the lack of economic progress under authoritarian regimes? Some would say that the unemployment rate under Arab youth is a major factor in the Arab Spring. And as I mentioned before, where does this willingness to die, prevalent even among ’mainstream islamists’ come from, and is that different from fundamental Christians or Jews? I am still left with the notion that there is some resemblance with Christianity in the historical trajectory of Islam. It has gone through the same stages, albeit in different sequencing. Hamid’s book strongly suggests on multiple occasions that there are more interpretations of Islam possible. So perhaps the most important lacuna that I experienced in reading this book, is the proper interpretation in the grander scheme of things, of the Sunna-Shia divide. Is it irrelevant? I would like to have seen a view on the necessity of religious faith as a moral framework when in dire straits – individually, as a society or as a culture.

So I am somewhat dissatisfied with the book, because I am hungry for more. As I pointed out, the analyses was rather thin at some key sections in the argument. It did not provide the answers I was looking for, but greatly enhanced my understanding nonetheless. I have outlined my remaining questions. But after reading this book, one is added: Can resilient liberal democraties accommodate mainstream islamist parties, if assumed that these parties can overcome the history of oppression and repression? Or will these parties inevitably threaten pluralism? Because that is the key question I think.

This book is the first in my quest to understand religion further. The book has allowed me to raise and articulate some further research questions. What other books or articles should I read? I am leaning towards Karen Armstrong’s ’A history of God’ as the next one. T.E. Lawrence’s ’Seven Pillars of Wisdom’ is still unread on my bookshelf. Do you have any recommendations? Let me know in the comments below, or through Facebook or Twitter. 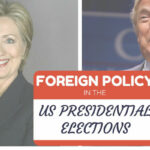 Foreign Policy in the US Presidential ElectionCurrent Events, Politics 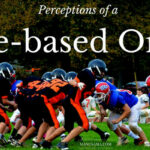 Perceptions of a rule-based orderCurrent Events