I am not one for science fiction when alien life forms are involved. With the possible exception of some Star Wars and Star Trek movies, and now The Martian. This story is impressive and is told in an impressive manner. Hence all the awards, including an Academy Award nomination for Best Picture. But there is more to it of course. I didn’t pick this movie to review just because of story or the outstanding cast. As always, there is something interesting law stuff going on in my movie picks. And now that a Mars mission seems ever more likely in my lifetime, perhaps we should pay attention. Space law, courtesy of Matt Damon.

This in essence an old-fashioned and feel-good-survival story. Astronaut and botanist Mark Watney (Matt Damon) is stranded on Mars after his crew thought he died during their emergency evacuation. As a botanist, Watney successfully grows potatoes, but needs to figure out how to get to the extraction vehicle for a future mission, 3200 kilometers away. In order to do that, Watney declares, to the probable exuberance of science geeks everywhere: ’I’m gonna have to science the shit out of this.’ So he does. He makes contact with Earth and the rest of the movie is about getting him home with a few twists and turns. For most of the movie, Mark Watney was indeed the Martian. The movie is dramatic and subtly comedic at times. And the end is quite exciting…

Based on his botanical succes, Watney also declares that he colonized Mars. Now, I sometimes feel like becoming the Neil Degrasse Tyson of international law. So, I cringed a bit and paused the movie when I heard Watney say that he had colonized Mars. I doubted whether that was possible under the law, depending on what he means by colonized. He was told by his alma mater university that because he had grown crops on Mars, he had in fact colonized Mars. This connection between growing crops and colonization is new to me. The movie uses the word ’colonization’ in a generic sense and not in the legal sense. Because under international law, planets, celestial bodies cannot be colonized, in the sense of appropriation of territory. Under Article II of the Outer Space Treaty, ’[o]uter space, including the moon and other celestial bodies, is not subject to national appropriation by claim of sovereignty, by means of use or occupation, or by any other means’. No state can claim sovereignty over space or planets. So no, Mark Watney cannot colonize Mars for the United States. In the words of Article I of the same treaty, the exploration of space ’shall be carried out for the benefit and in the interests of all countries (…).’ Colonization here means inhabiting and cultivating new territory.

But Watney’s true claim to space law fame is his assumed title of ‘space pirate’ under international law. This is his reasoning:

“I’ve been thinking about laws on Mars. There’s an international treaty saying that no country can lay claim to anything that’s not on Earth. By another treaty if you’re not in any country’s territory, maritime law aplies. So Mars is international waters. Now, NASA is an American non-military organization, it owns the Hab. But the second I walk outside I’m in international waters. So here’s the cool part. I’m about to leave for the Schiaparelli Crater where I’m going to commandeer the Ares IV lander. Nobody explicitly gave me permission to do this, and they can’t until on board the Ares IV. So I’m going to be taking a craft over in international waters without permission, which by definition… makes me a pirate. Mark Watney: Space Pirate.”

Indeed, no country can claim sovereignty in outer space as per Article II of the Outer Space Treaty. But that doesn’t mean that maritime law, or the law of the sea applies. It does work as an analogy however. No state has jurisdiction over international waters. Just like Mars. On board a ship on the high seas, a state has exclusive jurisdiction. Just like the US has in Watney’s HABitat on Mars on the basis of Article 12 of a further 1979 treaty. Piracy is basically armed robbery at sea, with a degree of violence. Watney’s glee at being a space pirate is therefore somewhat unfounded. There is no violence involved, and he is taking over an American spacecraft. But there are other similarities between the law of the sea and space law. Both at sea and in space, states are required to offer assistance to anyone and any state in case of an emergency. So even if the other spacecraft, Aeres IV, was of another country, it could be argued that Watney could enter the spacecraft based on this obligation. Sorry, Mark Watney, you’re no space pirate. But kudos for trying to explain the legal situation on Mars.

As an explanation of the legal situation on Mars, the analysis in The Martian has some merits. Like most movies try to be accurate to a reasonable degree. Even Neil Degrasse Tyson seems pleased with the science in The Martian. Both of us will continue to look for inaccuracies in movies and such, regarding our respective fields.

Are there anymore sci-fi movies (without aliens) with interesting legal questions? Let me know in the comments below, or through Facebook or Twitter. 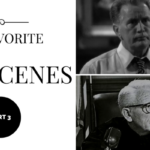 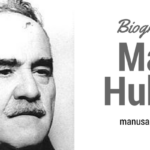