So this has been a funny week. Like many, I did not see the election of Donald Trump coming. And like many, it was probably because I just did not want to see, or because I couldn’t see it from my ’elite’ vantage point. My possibly incoherent rant tried to make sense of it. But when Donald Trump will have been in office for a number of months, I am going to see for myself. I will have a better vantage point as of July 2017.

Remember that post in early June about New York City? And how it is my second home? Well, we – that is, my wife and two daughters – are making New York our first home again for a period of three years, starting in July 2017 – assuming that I will be able to get into the country once Donald Trump becomes President. We are greatly excited about this move, for our kids and for us as we are indeed returning home in a sense. I very much look forward to introducing our kids to New York, and all the exciting things they can experience and do. I look forward to show them why I have always been partial to America. And I had hoped to introduce my girls to an America that finally also had a female head of state. At the very least, we will have enriched their lives. Perhaps we will have a more authentic experience, less of a stereotypical expat life style like we had last time.

But I did feel some trepidation when it became clear Donald Trump was going to be the next President. I was disturbed by the surfacing of latent racism of some Trump supporters, the misogyny, and the threats to the rule of law, regardless of the true economic reasons for Trump’s rise. Will there be a more hostile atmosphere towards people looking like me, or my daughters? Will the change to the country be so profound that it will not be the America that I love to study, visit, and live in? I decided no. Because let’s be honest: first, we’ll still be well off in the liberal bubble of New York City. Second, I do not believe that the Bill of Rights will be thrown out of the window on Day 1 of the Trump Administration. At the same time, however, I do worry about Trump’s comments about mass deportation of illegal immigrants ostensibly without due process, libel laws and the freedom of the press, and so on and so fort. And I am not even talking about Steve Bannon as chief political advisor. And third, as expats we will still be in somewhat of a bubble.

So, at the very least, it will be interesting times. The kids will have quite the transition. New York is always interesting and exciting. And political and law junkies like me can have a field day. Right now, I am contemplating to continue writing on international affairs, but also be on Trump Watch for Dutch audiences. Local is global anyway. Moreover, while I am not much of an activist I am thinking about experiencing the political and legal scene from up close….

But for now: we’re moving to New York!

What do you think? Should I, and how should I get active in New York? Any ideas? Let me known in the comments below, or through Facebook or Twitter. 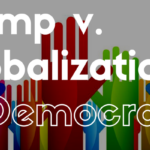 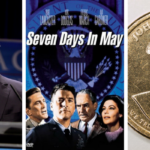