In the Lotus-case, the Court distinguished between what is now called the law of co-existence and the law that aims to achieve ’common aims’. This latter body of law has since exploded in terms of volume and effect. It includes, for instance, obligations to protect human rights, the environment and to combat transnational crime. They often require national action. The question is how these international obligations become effective in the domestic sphere? How is international law ’received’ in national law?

It’s not so simple, of course

However, no legal systems is either purely monist or dualist in nature. Under many monist systems, international obligations can have direct effect in the domestic sphere if, by their very nature, they don’t need further implementation. In the Netherlands, the criterium is whether the international obligation contains individual rights and obligations. So, for instance, human rights can be directly invoked by an individual before a national court under Dutch constitutional law. Treaties even go before the Dutch Constitution, which is an exception in the world. However, according to case law, customary international law cannot be invoked because of the inherent uncertainty about the content and binding force of an unwritten, customary rule. Other kinds of obligations need national legislative efforts in order to become effective in the national legal sphere.

Under a pure dualist system all international obligations that require national action would need to be transformed into national legislation. Yet, as the prime example of the UK shows, no system will be absolutely dualist in nature. When it comes to treaties, the obligations of treaties must be transferred to or transformed into national law. But contrary to treaties, customary international law is considered to be incorporated into, i.e. already part of English law. And there can be a middle way. It took the 1998 Human Rights Act – a British law – to make the European Convention on Human Rights directly applicable in British courts and binding on the legislature. UK citizens can rely on a Convention right in court, and legislation must be declared to be compatible with the Convention.

So the actual applications of either a monist of dualist system are not that different. In practice, both systems are mitigated, moving closer towards each other. In the end, it is the nature of the obligations that determines whether the obligations must be directly applicable in the national sphere, regardless of the constitutional system. Human rights are, again, the most poignant example of such obligations. Only the mechanisms of achieving direct applicability may change, but some may even be the same. The UK’s Human Rights Act lays down the principle that national legislation ’must be read and given effect in a way which is compatible with the Convention rights’. This is reminiscent of the American Charming Betsy-principle, which states that ’an Act of Congress ought never be construed to violate the the law of nations if any other possible construction remains’. A similar principle applies in most countries.

From an international perspective, the nature of the domestic system and the mechanisms for domestic application is actually irrelevant. When a state assumes international obligations, it becomes responsible for respecting those obligations, regardless of national law. Under treaty law and the law of state responsibility, a state cannot rely on its national law to excuse non-compliance with a treaty. It may have acted in complete conformity with domestic law, but the state will remain responsible on the international level. In the LaGrand-case (see next post), the United States argued before the International Court of Justice (ICJ) that it was unable to force the state of Arizona comply with the ICJ’s orders because of internal constitutional arrangements. The ICJ nevertheless continued to hold the US responsible for violation of the Vienna Convention on Consular Relations. And not only with respect to Germany, but later on also with respect to Mexico. The Court went so far as to urge the US to amend its law.

Have you found out how your country incorporates international law? Let me know in the comments below, or through Facebook or Twitter. 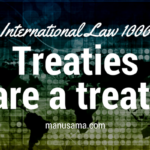 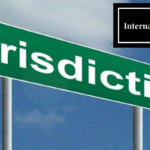