There are a few quotes about the law that sum up an entire philosophy. This one I encountered early on in my international law career, and in the first book on international law that I ever bought. That book I bought for my master’s thesis on the Lotus-case, and it cost a fortune for a student. In Extraterritorial Jurisdiction in Theory and Practice, Harold Maier formulated a view of international law, about law and politics, which is very much my own.

The view that many people have of the law seems disconnected from politics and contemporary societal concerns. Lawyers, sometimes feel the same way, but both are wrong. Law is supposed to be a reflection of a society’s goals and values through the mechanism of politics. So everything is political, and the law must be subject to change. To say that you don’t care about politics is meaningless, and probably an inadvertent lie. Because everybody cares about goals and values, and therefore about politics and ultimately about law. Hence this is really my all-time favorite quote:

”When the law ceases to reflect the realities of life, it is the law, not life, that will change.”

Harold Maier wasn’t quite original in his observation, or the first or only one making it. The thought actually has a long history, a long pedigree. Gratian, a 12th century lawyer in canon law (law of the Catholic Church), was the first to collect all canon law for the practical study of that body of law. And in his Decretum Gratiani, he gave his cruder and more unsettling version of the Maier quote: ”When the reason for the law ceases, the law itself ceases.” I say that this is a cruder version, because if taken literally, the quote could suggest that a law ceases automatically.

Gratiana wrote his version in the 12th century; I bought the book in 1998, which was by then a couple of years old. So both quotes have been updated and recited in popular culture. The tagline on my site comes from a scene in ’The Good Wife’, and I wrote about the quote, that more or less contains the same sentiment again: ”When the law is an ass, someone has to kick it!” I couldn’t have put it better myself.

Where does that leave us? How than should we view international law? Well, I have said before that law cannot and does not always produce justice. I would add to that the fact that law is always conservative. It it always behind the curve, because the moment law is written down it becomes inflexible to a certain extent and interpretation only gets you so far. There will always be a period in which the goals and values have changed, and the law becomes out of step with that change. Reality – as in what society wants and values – can change, and subsequently the law must be changed through politics. With one important limitation, and that is of course those fundamental rights that any law or regulation may not violate. That is the ’liberal’ part of ’liberal democracy’.

Two of my main mantras are that law and politics are inherently linked and that law follows politics. Both are encompassed by Gratian and Maier’s quotes, and even better formulated by the writers of ‘The Good Wife’. I don’t think that it is cynical or self-defeating. But what do you think? Let me know in the comments below, or Facebook or Twitter. Heck, use Instagram if you want. Or whatever platform you’d like. Just let me know which one, so I can sign up. ? 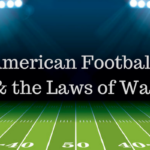