In my quest to fully comprehend US constitutional law before I comment on it, I thought I’d start with an introductory book. My knowledge of US law as a Dutch- and international lawyer is fragmented and only goes so far. So I started a ’do-over’; starting as if I know nothing. I picked the book of the father-son duo of Michael and Luke Paulsen – ‘The Constitution – An Introduction’ – at first because of its title and alleged approach to the topic. But I got distracted along the way, because of how they actually treated some controversial cases.

The first part of the book is my favorite part, and the one I have the least issues with. It outlines the Constitution itself, its structure and the history of its particular provisions. But this was the part the basics of which I already knew. The history of the different provisions of both the Constitution and the Bill of Rights, and the clear characterization of the Constitution as a pro-slavery document was the meat on the bone that I was missing. And it closely connects with the bio’s of US Presidents that I am reading now (James Madison, I’m coming for you next!). However, the lawyer in me was really gearing up for the second part, called ’Living the Constitution’. Just following Supreme Court confirmation processes introduces you to the different ways of interpreting the Constitution: from the Constitution as a ’living instrument’ to strict originalist or textualist. The authors of this book at the outset of this part take implicit pains to not take any sides in that debate. Instead, their only allegiance seems to be to the ’meanings of the words and phrases of the Constitution’ as the foundation or framework for constitutional interpretation. At the same time, the authors acknowledge that the Constitution has indeed been a ’living document’ in practice, and express some apprehension about that. But as they also acknowledge that this debate has been the central theme of US constitutional law forever.

The actual discussion of constitutional case law, constitutional practice was less neutral. It started of well enough, but when the authors discussed certain cases, hyperbole crept in. That hyperbole may be justified when it comes to infamous Dred Scott and other cases regarding slavery or segregation, but to say that the Supreme Court abandoned the Constitution between 1876 and 1936 is unsettling. Even more so because the authors argue that the Court is advancing its own social policy, but they do by advancing a social policy of their own, namely a social policy to which we can agree today. A modern social policy. They do have a good and fair point when the Court just blatantly disregarded some words in a certain provision to come the desired result. But when the justices interpreted within and taking into account all the words of the Constitution, the criticism must be based on the legal reasoning. Perhaps I have missed that part of their criticism. Perhaps I was just distracted from the hyperbole that they sometimes used. A couple of times in the book it was announced that this was the worst decisions in the Court’s history. In an introductory book, that is not helpful. I would have liked to have read even more clearly and explicitly what the legal reasoning was, the context in which it came about, and where the controversy lies. Don’t dismiss the case as the worst ever, even before you have discussed it.

I will probably have to re-read the book at one point to really be able to review it expertly. And therein lies the rub. To be introductory and neutral – in my view – is to present the material in a relatively simple manner and point out he controversies, not argue with them. Highlight the differences between the then and now, because I find it hard to be too judgmental about the past. But I am myself writing an introductory book to international law and I can attest to how hard it is to be neutral.

My apologies for not providing more particulars. There was just so many of them. If you want to vent, please do so in the comments below, or on Facebook or Twitter. 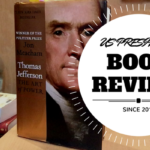