It has been a few days since the United States conducted a cruise missile strike against an airfield in Syria in retaliation after horrible pictures of a chemical attack on civilians spread around the world like wildfire. Many have concerns as to the strategic idea behind the retaliation – or the lack thereof – and the strategic implications of the strike. But of course, people like me focus on the legal debate, or rather the debate about the legality of the strike and the legitimacy of it. Why? Well, you have to read on.

Attack on Assad, not IS

At the outset, we should make a difference between the US involvement against IS and this action against the airfield held by the Assad-regime. The continuing actions against IS in both Iraq and Syria are based on Iraq’s inherent right to self-defense against IS, under Article 51 of the UN Charter although this is not without legal controversy either. Any right to self-defense against a terrorist organization on the territory of another state is not without its detractors. The legal basis for any direct military action against the Assad-regime is even more controversial, if it exists at all.

The US has been involved in the Syrian civil war by its support – financial and otherwise, including arms – of groups fighting the Assad-regime. Until now, it has refrained getting directly involved, unlike in the fight against IS. But the US is, nevertheless, in violation of the principle of non-intervention and probably the prohibition on the use of force, unlike the Russian and Iranian involvement on the side of Assad. Because these states have been invited to intervene by the only recognized government in Syria. It is ’intervention by invitation’. This may seem way too formal and/or construed or even cynical. But it is a better, more plausible legal basis if utterly unsatisfying to some.

If this indirect involvement is illegal, yet prevalent and not scrutinized anymore, the direct missile attack is even more clearly a violation of international, namely a violation of the prohibition on the use of force. Is there any exception that the US could invoke? There is no UN Security Council authorization, and the question is whether self-defense can be used here as well. I don’t think so. How is the US attacked or even threatened by Assad’s use of these weapons against his own civilians? The official counter-argument or justification for the attack, namely a retaliation for the use of chemical weapons, is unconvincing in a legal sense. The legal concept of forcible reprisal that would cover the American action has not been acceptable for a long time.

So for some the legal question is clear. The missile strike was illegal. The use of chemical weapons is also a clear violation of international law, and the moral, humanitarian argument for retaliation is compelling. So others try to fit this action into or under the principle of Responsibility to Protect, known as R2P. I am not convinced, if only because the principle is not a legal principle. And I am not convinced it ever will be. The international community will not give a unilateral right to forceful intervention to states on humanitarian grounds, for fear of abuse. R2P is a moral principle, a moral benchmark for the UN Security Council which has the authority to authorize the use of force. We know how that is working out.

So although the R2P proponents seem to make a legal argument, they are actually making a legitimacy argument. That brings us back to the debate on legitimate yet illegal actions. Some argue that the strike was legitimate, an extra-legal exception to the legal framework. They explicitly acknowledge the illegal nature of the strike, but argue that an exception should be allowed, in this case only. And there are of course some who ignore the legal stuff entirely. But if the exception is argued often enough, it could any following claim to an exception becomes a precedent, which is how the law gets changed. So we need to be careful in accepting the exception of an illegal yet legitimate act, irrespective of whether the act to which it is responds is illegal itself. The use of force in response to an illegal act is not allowed, except in cases of self-defense. But that is not the case here.

Let’s stay tuned for what will happen and what is argued.

Do you think the cruise missile strike was acceptable, despite its illegality? Let me know in the comments below, or through Facebook or Twitter. Hell, let’s do Instagram as well. 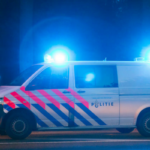 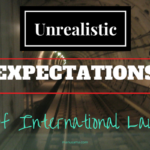