The 2002 Arrest Warrant case of the International Court of Justice (ICJ) about former Congolese Foreign Minister Yerodia stumped a rapid movement towards prosecuting both former and sitting high government officials by other countries. It was thought that since the Pinochet case (1999) that the immunity of certain high placed foreign officials from any domestic legal proceedings was on the wane. It was thought that presidents, prime ministers and the like were now vulnerable to domestic prosecution in another country for alleged international crimes on the basis of the principle of universal jurisdiction. The ICJ poured cold water over that proposition.

Former Congolese Foreign Minister Abdoulaye Yerodia Ndombasi (‘Yerodia’) was accused in Belgium of inciting racial hatred against ethnic Tutsi’s in Congo in August of 1998. It was in the aftermath of what was called Africa’s First World War, which saw an overthrow of the regime of Zaire, transforming it into the Democratic Republic of Congo (DRC). Yerodia’s speeches were delivered on the cusp of the Second Congo war in which Tutsi-dominated Rwanda as well as Uganda invaded the DRC. Twelve Belgian residents, five of whom were Belgian nationals used the universal jurisdiction in Belgium’s so called ‘genocide law’ to force Belgian authorities to pursue the case against Yerodia and issue the arrest warrant. That law allowed Belgian cases for criminal activities outside of Belgium and without any connection to Belgian citizens.

High state officials, such as presidents, prime ministers and minsters of foreign affairs enjoy immunity from legal proceedings and legal enforcement measures of other States, irrespective of the jurisdiction that those States may have (see Jurisdictional Immunities case) Immunities for such officials from other countries came under scrutiny with the ascent of international criminal law at the the end of the 20th century. The criminal tribunals for Yugoslavia and Rwanda set aside such immunities, and states increasingly started to assert universal jurisdiction over international crimes. The high point was the Pinochet case, in which the House of Lords determined that Pinochet could be extradited to Spain to stand trial for crimes committed in Chile when he was its president. The pertinent question is whether high government officials should still be shielded by immunities when it is mostly such high officials who commit these international crimes.

In the case of Yerodia, the International Court of Justice, proceeded on the assumption that Belgium had jurisdiction to issue the arrest warrant. The question was whether by doing so, Belgium violated Yerodia’s immunity as a foreign minister, by virtue of customary international law. In a few short paragraphs, the Court quickly dispensed with Belgium’s argument that Yerodia only has immunity for acts in his official capacity. It concluded that, because of the job, a sitting foreign minister has absolute immunity while he or she is in office, regardless of whether it is an official or private act. Foreign ministers maintain relationships with other states and manages embassies and consulates, which all require extensive travel. This could be made much more difficult if such a minister could be subjected to the jurisdiction of another state.

However, in light of the developments and sentiments since the Pinochet case, Belgium tried to argue exceptions based on the seriousness of the charges levied against Yerodia. Is there an exception to absolute immunity when the official in question has committed international crimes, i.e. war crimes, crimes against humanity or acts of genocide? After thoroughly going through customary international law, national court decisions like Pinochet before the British House of Lords and the Qadaffi decision in France, as well as the statutes and decisions of international criminal tribunals, the ICJ could not find such an exception with respect to a sitting high official.

Immunity does not imply impunity

The Court poignantly noted that this absolute immunity for sitting high officials does not mean impunity. These alleged criminals need not escape punishment. because the State of the high official can prosecute the official itself, or waive immunity in order to let other States prosecute. Alternatively, a high official can be prosecuted for crimes committed before and after his tenure in office, once he or she leaves that office, as well as for acts committed during his tenure when done so in a private capacity. And of course, international courts and tribunals, like the International Criminal Court could have jurisdiction regardless of the immunities enjoyed by any official. 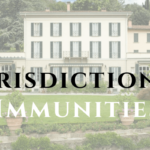 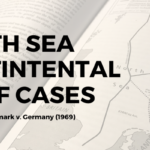