When I was still an assistant professor – with an emphasis on teaching – I loved movies about college professors. So, naturally, one comes to the movie that I am about to review. ’The Paper Chase’ is not only a movie about a first-year law student at Harvard, but also very much about teaching. In this classic movie, a professor talks about the so-called Socratic method; a much misunderstood and abused way of approaching students. And then he shows us how to use and abuse it.

‘The Paper Chase’ is based on the John Jay Osborne, Jr. novel by the same name, and which is a classic in its own right. The title refers to the ordeal of chasing a Harvard Law School diploma. It is popular to say that once you get that piece of paper, you are set for life. It may be compared to Scott Turow’s  ’One L’. The first-year of a US law school is something mythical, because of the stories surrounding the amount of work and study, as well as the teaching methods. But the emotional and arguably physical rollercoaster that is law school is entertaining, but only backdrop. It is the relationship between a student and one particular professor is center stage. Or, alternatively, the law school rollercoaster is shown through the struggles of one particular student. Mr. Hart and Professor Kingsfield engage in a contested relationship that also includes Kingsfield’s daughter. Hart quickly grows to both love and hate Kingsfield, obsessing over him. This impact of a teacher and his methods look unhealthy, but it is the Harvard and Law School environment that makes it so. And Mr. Hart’s little acts of rebellion only seem to endear him to Kingsfield, masterfully portrayed by of John Houseman. In the end, the teaching method of Kingsfield and law schools in general, earn him a standing ovation at the end of his course, although Kingsfield seems to find that normal.

What is that teaching method? The Socratic method can be a great thing, but let me have Kingsfield explain it to you first, as articulated in the movie:

”The study of law is something new and unfamiliar to most of you, unlike any schooling you’ve ever been through before. We use the Socratic Method here. I call on you, ask you a question and you answer it. Why don’t I just give you a lecture? Because through my questions you learn to teach yourselves. Through this method of questioning, answering, questioning, answering, we seek to develop in you the ability to analyse that vast complex of facts that constitute the relationships of members within a given society. Questioning and answering. At times you may feel that you have found the correct answer; I assure you that this is a total delusion on your part. You’ll never find the correct absolute and final answer. In my classroom there is always another question, another question to follow your answer. As you’re on a treadmill. My little questions spin the tumblers of your mind. You’re on an operating table. My little question are the fingers probing your brain. We do brain surgery here. You teach yourself the law, but I train your mind. You come here with a skull full of mush; and you leave thinking like a lawyer.”

That thinking like a lawyer was a thing only became clear to me when I started teaching. So my fondness for the Socratic method also grew over time. That doesn’t mean that I liked humiliating students through a grilling answer and question session. Only the worst of teachers abuse questions and incomplete answers like that. Asking questions is about encouraging and coaxing thought, opening up new neuro-pathways in the student’s brain; helping the student think like a lawyer. No place for humiliation there. Moreover, Q&A in a classroom must be followed with a summary of the legal principles involved, or how a particular problem could be approached. And that includes several different approaches. Students shouldn’t be afraid. They should feel stimulated, eager to participate and share their thoughts. International law invites discussion like no other legal field, and in no other legal field is structured thinking through the Socratic method so necessary. 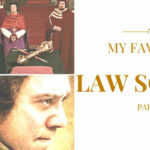 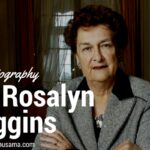