Swiss jurist Max Huber (1874-1960) only really came into focus when writing on this blog about the Lotus– and Island of Palmas cases. Looking further into him (shout out to issue 1 of the 2007 European Journal of International Law) it came as no real surprise that, well, I like the guy. In the mentioned cases, Huber grabbed me by the professional neck and pulled me into his orbit. And I didn’t even know it. With his sociological approach to international law, Huber touched my inner legal soul. Even more than with Dame Rosalyn Higgins, Huber’s words in these two cases resonate with how I view international law myself. So, who was Max Huber?

The Career of Max Huber

If I were to characterize Max Huber based on his life and career, it would be ’realistic idealist’. His academic career was relatively short. Huber wrote one groundbreaking article, but regretted that he never could publish a truly fundamental work. He was just too busy as a practitioner, putting his initial ideas in action before elaborating on them. Already in 1907, Huber was asked by the Swiss government to attend the Second Hague Peace Conferences, and made quite the impression that lasted beyond the conference. Until World War I, he frequently worked for the Swiss government and the war pulled him in fulltime as a legal consultant to the Swiss Army and the Department of Foreign Affairs.

Only reluctantly did Max Huber accept his election as a judge of the newly established Permanent Court of International Justice in 1921. Huber was very happy being a legal consultant, and he wasn’t confident about the new court. During his tenure he deplored two things. First, the lack of collegiality and expertise of his fellow judges, and second, that the court did not do more to address fundamental questions of international law. Nevertheless, it was Huber’s casting vote in the Lotus-case that endeared me to Huber, and of course did address the issue at hand in a fundamental way. It was outside the Court’s duties where Huber also made a lasting impact. He was an arbitrator in a few arbitration tribunals, but was truly in his comfort zone when he was the sole arbitrator. Especially in the Island of Palmas-case.

With a sociological approach to international law, Huber tried to answer the fundamental questions of international law that he considered unsatisfactorily answered by other schools of thought, i.e. natural law and positivism. Huber was convinced that states were at the center of the international legal system, but that historical developments and the power distribution among states greatly influenced the development of international law. International life develops, evolves, and the law must also be sensitive to those developments. Huber was sensitive to the social nature of the state and its pursuit of national interests, and also argued that it was a collective interest of states that makes international law binding on states, and not just their consent. In order to come to a conclusion in a case, Huber not only looked for a black and white answers based on norms. Huber took into account the legitimate interests of the two states in question, as an expression of Huber’s idealistic streak, namely the peaceful settlement of disputes. Rooted in facts, circumstances and interests, Huber looked for a comprehensive just solution. And if he could, he loved to answer some fundamental questions, like title to territory in the Island of Palmas case. These answers were also rooted in facts, circumstances and interests.

But that is not all there is. Max Huber initiated the Swiss Society of International Law, and was President of the International Committee of the Red Cross, and in which he took great pride. However, it is Huber’s long neglected theoretical work, his sociological approach to international law (which is just a realistic one to me), that is garnering new attention. And rightfully so. You can be sure that I will continue to give it its due attention as well.

This post took way too long and is way too late. My apologies. I blame the US election as my prime distraction. Scolding may take place in the comments below, or through Facebook or Twitter. 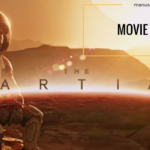