By Kenneth Manusama
Posted December 8, 2016
In Current Events, Politics
Movie Review: ‘Seven Days in May’ (1964)2016-12-082017-08-30https://manusama.com/wp-content/uploads/2016/04/Logo-kenneth-sticky-wit.pngKenneth M. Manusamahttps://manusama.com/wp-content/uploads/2016/12/63-Movie-Review-Seven-days-in-May-w800-h600.png200px200px
0
For many, the election of Donald Trump as US President is the start of an uncertain time. We have already seen that some troublesome campaign rhetoric is actually becoming policy through the appointments Trump has made so far. But I find the (possible) appointment of so many former generals with their respective profiles to be a little bit unsettling. And they reminded me of this great classic of a movie, Seven Days in May, about an attempted military coup in the United States. The cast is stellar and impressive, but the story is eery.

‘Seven Days in May’

US President Lyman is advancing a complete nuclear disarmament treaty with the Soviet Union to the dismay of the Joint Chiefs of Staff, the top military officials. The Chairman of the Joint Chiefs is a narcissistic general, played by Burt Lancaster, and angrily testifies to Congress: “I am suggesting Sir, that there hasn’t been a piece of paper written in the history of mankind that could serve as a deterrent to a Pearl Harbor.” General Scott doesn’t like treaties much. And he is so adamant about the nuclear arms treaty that he conspires with the other military chiefs to overthrow the government. However, Scott’s assistant Colonel Casey (played by Kirk Douglas) gets wind of the plot and goes to the President. The President further unravels the plot and tries to prevent it, while struggling all the way with the fact that such an attempt was even under way. The movie attempts to bring a patriotic flavor to the movie, but the script was too thin for that. I am assuming that the novel was richer in terms of character development and dialogue. But the message and the dilemmas portrayed was clear. A dilemma between national security and democratic, constitutional government, and even democracy itself.

The movie is based on a novel by Fletcher Knebel and Charles W. Bailey II. President John F. Kennedy had read the novel and like it very much. So much that he recommended that it be turned it into a movie. His interest was probably peeked by his own experience with his generals during the Cuban Missile Crisis in 1962. The generals had been constantly pushing the use of force against the Soviet missiles on Cuba that were covertly put there, and complaining about Kennedy’s weakness behind his back. After this episode, Kennedy was impressed by the pressures from the military in times of crises, and the necessity of civilian control over the military.

I have always had much respect for the military, but civilian control of it is an essential cog in the democratic and constitutional machine. Despite their expertise, former military officials are often hampered in their thinking. I am afraid that they will think about armed conflict solely in the context of armed conflict. If I am a hammer, I am going to view everything as a nail. So the more general concern is that former career military officers will be far more ready to heed to military advice. Trump has already proved himself as pliable under pressure from his close advisers. So far, President-elect Trump has appointed three former generals in key national security positions. Michael Flynn as National Security Adviser; Jim ’Mad Dog’ Mattis as Secretary of Defense; and John Kelly as Secretary for Homeland Security. Another former general is considered for Secretary of State, Dave Petraeus, as is Admiral James Stavridis. Flynn in particular is viewed as radical and temperamental, while Mattis doesn’t seem to mind killing. It is the appointment of generals; the number of former military brass (possibly) appointed; as well as their respective views, that should be our concern. ’Seven Days in May’ could be a cautionary tale. I am reminded of the words of George Clemenceau, former French Prime Minister: ‘War is too important to be left to the generals.’
Is the appointment of former military a good thing? Let me know in the comments below, or through Facebook or Twitter. 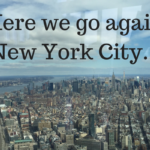 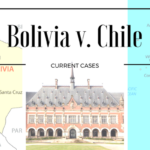