This is a classic case in the sense that it has become a staple in teaching. At least it was for me. And I mentioned it in my International Law 1000 series installment on the relationship with national law. The case features in my present research on US constitutional law and international law, and it is a prime example of a court case on the highest, most abstract level, yet, about the fate of human beings. In the 2001 LaGrand-case, one of them, Walter LaGrand’s fate rested on a decision of the International Court of Justice, or that is what many thought initially.

On 7 January 1982, Karl and Walter LaGrand failed in an attempt rob a bank in Marana, Arizona in the United States, but killed the bank manager in the process. Almost three years later they were sentenced to death. Within these three years it became clear that the brothers were German citizens, even unbeknownst to themselves. They had immigrated with their parents at a very young age. The relevance of their nationality in criminal proceedings comes from the law on consular relations. Every foreigner must be notified of his right to contact his state’s consulate and receive assistance from that consulate if they so wish. Even after their nationality was discovered, Karl and Walter were  not notified of this right. Germany became aware of the the brothers in 1992, when they approached the consulate themselves. In December 1998, the LaGrands were officially notified of their right to consular access.

As soon as Germany got wind of their fate, it came to the aid of the LaGrand brothers. It assisted in filing ’writs of habeas corpus’, that included the claim of a failure to notify the German consulate in violation of the Vienna Convention on Consular Relations. In several decisions by US courts, however, the LaGrand brothers were rebuffed from raising the argument at all. The legal principle of ’procedural default’ barred them from getting relief on the basis of that argument in federal court. The case went as far as the US Supreme Court, which denied any review of lower court’s denials. As soon as the execution date was scheduled the German Foreign Minister, Minister of Justice and even the German President got involved, but to no avail. The Arizona Governor was unrelenting, as was the US Court of Appeals, Ninth Circuit that again dismissed the consular notification argument. Karl LaGrand was executed the same day as that Court’s decision. You can see Germany pleading before the Arizona Board of Executive Clemency in this unsettling video.

Going to the World Court

On 2 March 1999, the day before Walter LaGrand’s execution, Germany applied to the International Court of Justice and requested that the Court ordered provisional measures, that is, to stay the execution. In dramatic fashion, the Court did exactly that within 24 hours. It ordered the US to stay the execution so that any further Court proceedings would still have some use. Germany than applied to the US Supreme Court. Again to no avail. Germany was said to be late with its application and also cited ’procedural default’. Proceedings instituted by Walter LaGrand himself that day and to the same court, also failed. So he was executed on schedule. The case before the International Court of Justice went ahead, however. Germany continued to argue violations of the Vienna Convention on Consular Relations.

In essence, Germany argued three violations of Article 36 of the VCCR, first, that the US had violated the right of the LaGrand brothers under the VCCR to be notified of their right to consular assistance. And second, that as a consequence that the US had violated Germany’s right to visit and communicate with their arrested nationals. Thirdly, by relying on the domestic ’procedural default’ excuse, the US had allegedly violated its obligation to ensure ’effective implementation’ of these consular rights. The US had conceded that it violated Article 36 with respect to Germany, and apologized for it. But it denied that Article 36 gave the LaGrand brothers an individual right, which Germany was speaking up for, otherwise known as an exercise of diplomatic protection. Even it there could be a question of diplomatic protection, the LaGrand brothers had not fulfilled all the requirements for such protection. More importantly, and familiarly, the US argued that if the Court were to ’set aside’ the procedural default barrier, it would be acting as an ultimate appeals court to national criminal proceedings. Which is of course unacceptable.

The Court’s judgement includes some notable decisions. First, it established once and for all that a order of provisional measures is indeed legally binding, which had been unclear before. Second, the Court argued that the VCCR did include an individual right to be notified of the right to receive consular assistance, even characterizing it as a human right. Thirdly, the Court said that the US must ensure effective and implementation of the Convention. On the question of ’how’, the Court wasn’t clear, however. Should additional Germans be sentenced to ’severe penalties’, the US ’shall allow the review and consideration of the conviction and sentence by taking account of the violation of the rights set forth in that Convention.’ Meaning? Ignore your own domestic system and make sure that the sentences are overturned or order for re-trial to account for the violation of the Convention. The US may have been correct after all. 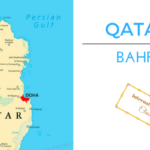 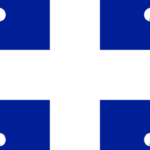