The North Sea Continental Shelf Case is a classic case for something other than what the case is ultimately about. Argued and decided in the late 1960s, this case came in the midst of the crystallization and codification of the law of the sea. Exploration of the ocean and ocean floors was coming into full swing, with new legal treaties being concluded. Three neighboring countries – Germany, The Netherlands and Denmark – clashed over who ‘owns’ what part of the continental shelf in the North Sea, and it was unclear what rules and principles had to be applied to their dispute.  But the case is now frequently cited for what the International Court of Justice (ICJ) said about the formation of customary international law while discussing the equidistance principle in maritime delimitation.

New exploration opportunities gave rise to an old problem, namely determining imaginary lines on the sea, and thereby determining who has jurisdiction over what are called ‘maritime zones’. And having jurisdiction allows for different powers of the State in these zones. By 1967 when the dispute between the three countries came before the ICJ, several different legal areas in the sea were recognized, but were regulated through different legal sources. Many treaties were concluded in the 1950s, one of which was part of the dispute in the current case.

Most of the North Sea, is a continental shelf, a geological phenomenon that is very often rich in many natural resources like oil and gas. It is therefore a coveted area for coastal states. In 1958, several states concluded the Convention on the Continental Shelf (CCS), including The Netherlands and Denmark, but not Germany. There was a clear need and desire to come to a delimitation of the maritime boundaries between these three adjacent countries. However, a fundamental disagreement arose as to the basis for such delimitation. What rules and principle should they use? The parties agreed to go to the ICJ with that question. The Court was not asked to actually draw the boundary.

The ICJ consolidated two separate cases into one, Denmark (DEN) and The Netherlands (NL) against the Federal Republic Germany (FRG), representing two distinct, fundamental and simple positions. As incorporated in the CCS, NL and DEN argued that the rule of equidistance should be applied, the details of which must allude us now. FRG was in favor of the principle of a ‘just and equitable share’ – not in the least because it was not a party to the CCS (it had signed, but not yet ratified) – a term that more or less speaks for itself.

The ‘just and equitable share’ principle got only a short mention by the ICJ, dismissing it as ‘foreign’ to the continental shelf concept. Article 6, paragraph 2 of the CCS contains the equidistance method (with exception for special circumstances), but FRG was never a party to the CCS and therefore not bound by it. The ICJ dismissed any argument that FRG was bound by the CCS provision, or in any other way to the equidistance method. It declined to see it as a logical legal consequence of the very nature of the geological nature of the continental shelf (’natural prolongation’ of land). Nor did it accept that the equidistance method was already a principle in customary international law prior to the conclusion of the CCS.

The only question left was whether a rule of customary international law had emerged after the establishment of the CCS. It was already doctrine that the establishment of a rule of customary international law is dependent on two requirements, namely state practice and opinio juris, the latter signifying a belief on the part of states that the rule is indeed law. In the course of examining whether the equidistance method had become such a norm, the Court articulated what these requirements mean. According to the Court, the rule in question must of a ‘fundamentally norm-creating character’. Regarding state practice, the Court clarified that the timeframe in which such practice takes place, need not be long, but the practice itself must be ‘extensive and virtually uniform’. Until the 1985 Nicaragua-case when these terms were further crystallized, this was the main articulation of the state practice requirement.

In the end, the ICJ found that the equidistance method had not become a rule of customary international law after the CCS. But it neither gave firm guidance as to what legal rules were applicable to the situation at hand. Instead, the Court directed the States involved to come to an agreement basically based on, and taking into account of, well, everything.

To read how this case developed before, during and after the ICJ proceedings, read this excellent, exhaustive book: ’The delimitation of the Continental Shelf between Denmark, Germany and the Netherlands – Arguing Law, Practicing Politics’, by Alex G. Oude Elferink. 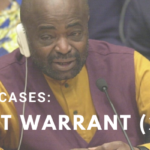 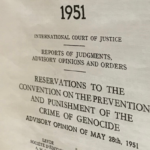